Juneteenth celebrates African American freedom and achievement, while encouraging continuous self-development. As recommended in our Equity Action Initiative, FIU declared Juneteenth an official day of observance for the university. 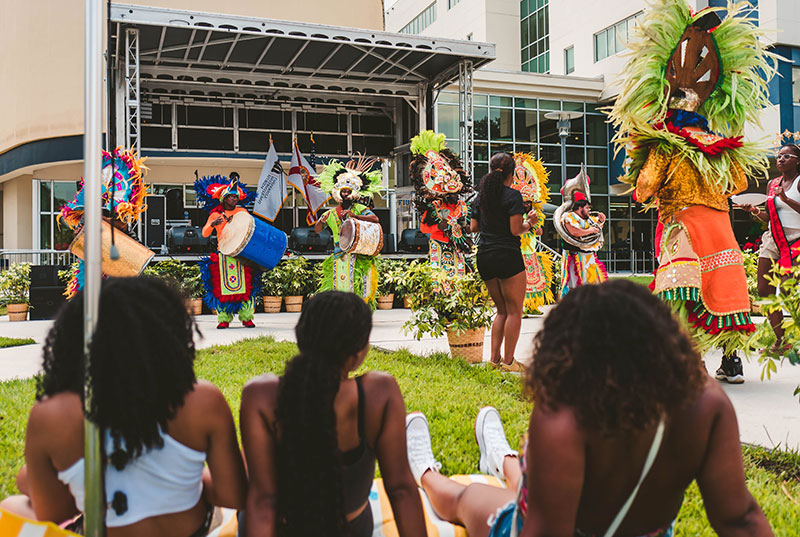 Educating, celebrating and embracing the truths of Juneteenth can serve to expand the collective knowledge of our entire FIU community and accelerate an appreciation for the black history excluded from pedagogy, that may have framed a different America. Celebrating Juneteenth complements the work of the founding fathers, being the architects of the Declaration of Independence, and brings to the conversation, the 400 years black Americans have tried to achieve equality in enjoying ‘life, liberty and the pursuit of happiness.’

The university’s second-annual Juneteenth Celebration took place from June 11-18, 2022, starting off with the inaugural Nova Star Juneteenth Scholarship Pageant on June 11 at BBC and culminated with the Freedom Day Celebration on June 18 at the Dotson Family Pavilion at MMC.